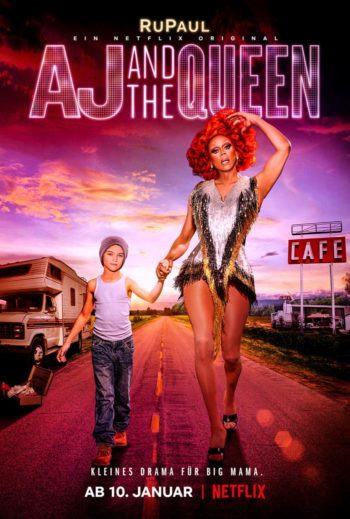 For us personally, AJ and the Queen was the most outstanding production that we had the pleasure to record in German in 2019. This incredibly moving series, packaged as a road movie, tells of diversity and tolerance in Donald Trump’s United States. Equally, it’s a declaration of love for the drag culture.

Ru Paul shines as the drag queen Ruby Red with elegant wit – a challenge that we were glad to take on and which Armin Schlagwein as Ruby’s German voice mastered with flying colors. Izzy G is congenial in her portrayal and truly the discovery of the decade – excellently voiced by Mia Raschewski.

We wish this series a lot of success – with an average of over 20.000 clicks per post on Instagram, the trend looks excellent.