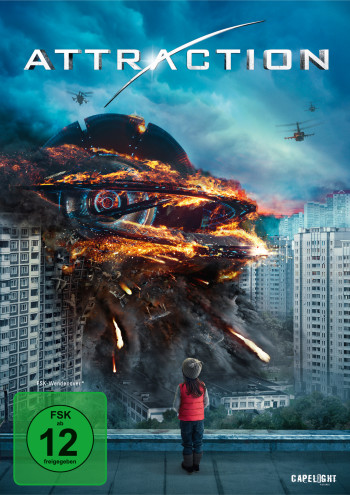 Moscow in a state of emergency: After a spaceship crashes, completely destroying much of the Russian capital, a state of emergency is declared. The cause of the crash remains as unclear as the reasons why the aliens have come to earth. This uncertainty about their intentions creates deep divisions among the population – those who have lost friends and family don’t believe they have come in peace, and the military is preparing for a possible attack …

The challenge in terms of dubbing, aside from dealing with the Russian language, which doesn’t come up so often, was creating an almost continuous tapestry of sound consisting of radio messages, PA announcements and other off-screen voices – while also incorporating the sometimes clearly intelligible bits of Russian on the M&E – without compromising the illusion of a German-language version. A task masterfully accomplished by our sound designers and cutters along with the brilliant dubbing mixer Jochen Dorn.